The highly publicized medical malpractice case of St. Johns Health Center has finally come to a conclusion. The case involves the elder abuse and general neglect of Ida Waksberg, an 89 year old female patient during a stay in 2009.  A 12 man jury, sworn in on August 18, unanimously found no fault in the hospitals care. Many years of languishing in trial finally saw this case to West District Superior Court located in Santa Monica, where it proceeded to conclusion in a two week trial.

In the initial complaint, the patient’s son filed a case citing inadequate healthcare for his ailing mother when she was admitted in 2009 for hypertension and chest pains and seeking $1.5 million in damages. The plaintiff, the patient’s son, explained that his mother was admitted on a fairly routine visit complaining of pain and discomfort due to chest pains and hypertension. She was admitted for one day for observation. She suffered a fall the day before her discharge and was required to stay for additional medical attention. During the stay she developed a urinary tract infection. A short time later she developed a fatal staph infection. The staph infection developed into endocarditis, eventually travelling to her spine and developing into osteomyelitis.

The plaintiff declared the patients injuries to be a result of the attending nurses negligent care. The hospital claimed all care provided the patient was of the utmost in medical care. With help from nursing and infectious disease experts, the hospital was able to prove they were not negligent. Once deliberation commenced, the jury took only a few hours to reach a verdict.

END_OF_DOCUMENT_TOKEN_TO_BE_REPLACED

This morning around 2:25 a.m. a women was driving her Toyota Prius the wrong-way on Highway 50 westbound near Stockton, CA for approximately 7 miles before colliding with a Ford pickup.

END_OF_DOCUMENT_TOKEN_TO_BE_REPLACED 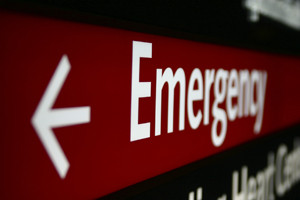 Hospitals are often named as a party in medical malpractice cases. Whether it is the medical staff that made a mistake or the hospital who failed to provide a safe environment, hospitals are often the subject of medical malpractice lawsuits. Just this week, The California Department of Public Health issued fines in the amount of $775,000 to eight California hospitals.

According to the CDPH, the fines were issued due to serious licensing violations. The CDHP stated that the hospital’s failure to comply with licensing requirements caused or was likely to cause serious injuries and, in some cases, fatalities to patients. The following violations were cited:

END_OF_DOCUMENT_TOKEN_TO_BE_REPLACED

Every so often a new discovery is made that changes the face of humanity. Be it an idea, invention or theory; some things, once they exist, change everything. The atomic bomb, penicillin, the internet and automobiles are among those things that changed reality with both good and bad elements.

Technology advances each year and along with it, inventions advance as well. Everyone wants the safest product possible, especially when it comes to big things like cars. Safety advances in the auto industry are never-ending but what if there was a way to ensure there would never be another car accident? Some people say self-driving cars can do that.

Google and other major corporations have put major bucks into research of driverless cars for commercial use. The possibilities for this type of car run the spectrum from convenient and useful to frivolous and fun. We can pick up Aunt Sally from the airport without leaving the house, blind people can run errands, pick up and drop offs at school and getting those extra few minutes of sleep before and after work. Of all the perceived advantages of a self-driving car, the biggest of all may be the drastic decline in fatal car accidents.