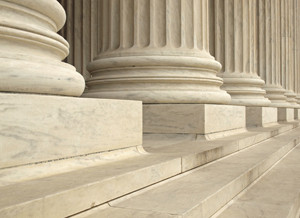 Marijuana laws in the United States are changing rapidly. It seems every few months another state has another bill to introduce, either in favor or against in some way. It is a controversial subject with remnants of prohibition days thrown about. Someone traveling across the country be alternately criminal and noncriminal as they sped down the Interstate. Regardless of the laws for possession, all states have outlawed the use of marijuana while driving. Marijuana is widely used, not only throughout the United States, but the world. It is said to be the most widely used of all illicit drugs. No matter how common it is or how innocent the public believes it to be, use of marijuana causes delayed reactions due to physical and mental impairment that can impair driving.

Far more research has been done on driving under the influence of alcohol than marijuana. Research into marijuana highs tells us it has physical and mental effects that will impair the ability to drive. THC is the element in marijuana which causes the adverse effects. While some states do test impaired drivers for specific target levels of THC, California does not define specific levels to qualify as under the influence. Statistics have shown roughly 6 to 11 percent of fatal accident victims test positive for THC. Although significantly lower than alcohol fatal statistics, it is still a public safety issue that must be adequately addressed.

Experts say that the more accustomed to smoking marijuana a person is, the harder it is to detect its use by the modern field tests currently in use. Breathalyzer tests aren’t effective for THC and blood or urine tests can read positive days and weeks after marijuana use. States are not in agreement about what amount of THC in the blood should be a criminal amount because of all these variances.

Penalties for the first time DUI marijuana can include up to six months in jail, probation, a hefty fine of up to $1000 and suspension of driving privileges for up to six months. Defenses for DUI marijuana include that the person was not driving, they did not use marijuana or they did but was no longer feeling the effects and/or the effects were not significant enough to impair driving.

If you or a loved one have been injured by by a drunk driver, you will need a lawyer with experience. Call Moseley Collins at (916) 444-4444 for a free consultation.