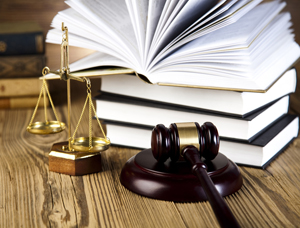 Abrams first came under suspicion back in July when a woman accused him of misconduct, and since she first took a stand, more than 10 women have come forward. Some patients even claim Abrams was taking pictures more than 20 years ago.

The woman originally sought treatment for stomach pains she was experiencing. When she came to see Abrams, she says he told her to take of her clothes and then lie down on the examining table. He then put his finger into her vagina twice, which alarmed her immediately. The woman quickly got off the table and tried to cover the rest of her body, but Abrams, the documents say, made her put her arms by her side and proceeded to take five pictures.

The allegation led to a search warrant, the documents say, during which investigators found the 1,300 photos on Abrams phone.

All of the women went to the same clinic, which is owned and operated by Volunteers in Medicine, for treatment in El Cajon. The clinic has been cooperating with the investigators and its chief executive, Maureen Hartin, sent Abrams on an “immediate leave of absence.”

What’s really scary is that Abrams has been practicing medicine for over 40 years. He also taught at the University of San Diego. Many more women may still come forward with their stories, but there’s no telling how many potential victims might still be out there.

The worst part is that these stories tend to deter people from seeking medical attention, especially poorer, more vulnerable women, when they really need it. They build mistrust in the medical community, which stops people from getting the treatment they deserve.

That’s not to say of course, that you should do everything your doctor tells you. They may have gone through more school than anyone would care to do and their intentions are more than likely honorable, but at the end of the day, they’re still human. Always use your common sense when receiving a doctor’s opinion, and if his or her advice truly does sound strange, seek a second opinion.

If you’re receiving medical screenings or treatment from a doctor of the opposite sex (or even the same sex) and you feel in any way uncomfortable, it’s okay to ask for another doctor. If one is not available, you can always ask to have a nurse standing by so at least you’re not alone in the room.

Every doctor who has graduated from school and has a license to practice medicine lives by the Hippocratic oath – do no harm. Unfortunately, not everyone follows that rule. Let this story be a warning to you and always remember, you have a voice.