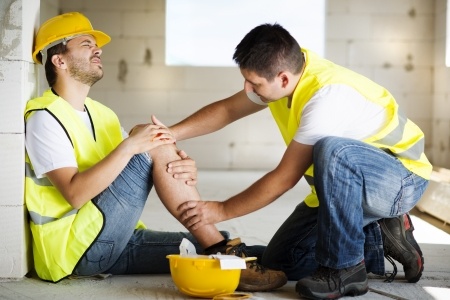 Workman’s compensation is a system put into place to pay injured workers to compensate medical bills due to injuries incurred on the job. That can also include anyone who gets an illness or becomes sick because of a work related issue.

There are cases of injury related to work that will not be compensated. An example is an employee having an accident on the way to work. While it is true that commuting to work is an essential part of the job, nothing that happens during this commute can be covered by workman’s compensation.

Another example is accidents that happen at work while the employee is under the influence of some type of drug or alcohol. Even though the accident happened at work, if the required blood test shows the employee to have ingested drugs or alcohol no compensation claim can be made.

A truck driver unloading cargo, a waitress smashing her hand in the freezer door, and a factory worker having an accident on the production line are all examples of a proper worker’s compensation claim. The only thing that would prevent a victim from filing a claim would be the presence of drugs and alcohol.

Work related illnesses are harder to prove. With a work related injury, more often than not the injury was observed by many and obvious. Illnesses are not so obvious. These are most often referred to as occupational illnesses and must be proven to have been caused by the work environment. They most often occur in healthcare industries and hazard materials environments.

An example of a work related illness might be a healthcare worker who contracts a disease from the facility. Nurses can easily stab themselves with a blood filled syringe. Another example of this type could be those who have come in contact with too much radiation. These types of illnesses were obviously work related and viable as a workman’s compensation claim.